Music Movies From Ben’s Collection to Yours

Hi everyone, I’m Ben and I serve on the board of Indy Film Fest. If you’re missing live music right now as much as I am, music documentaries and live concert films are a great way to satisfy your urge to rock out a little bit while socially distancing. Or, in most cases with rocumentaries, you get to rock out some of the time, be disgusted some of the time and shake your head often that behind all the great music we love is some really weird stuff. Here’s three music movies from my collection to yours. The Rolling Stones 1969 concert at the Altamont Speedway has been called a symbol for a lot of things – the death knell of the 60s and, the end of flower power, and maybe the worst concert to ever have front row seats. It was directed by David and Albert Maysles, whose hand-held camera style and ability to capture the weirdness in every moment was also made famous in their Grey Gardens.

Gimme Shelter is amazing because it captures the perfect arc of the calamity that was Altamont. Beginning with the press conference announcing the concert, viewers feel a mounting pressure, a sense of eminent implosion. By the time Mick Jagger’s helicopter lands at the speedway, the event is already off the rails. In this film, the Maysles captured not only the in-the-moment shock of a massively mismanaged concert security process, but the aftermath, including a segment that captures Mick Jagger watching the murder of one of his fans right in front of the stage as he sang the line “I pray that it’s all right” from “Under My Thumb.” By the time the credits roll as the streams of people who endured the night head off into the morning sunrise.

Longtime Indy Film Fest friends may remember Gimme Shelter from the 2007 festival. It was screened alongside Grey Gardens, and attended by filmmaker Albert Maysles, a few years before his death.

The Flaming Lips: The Fearless Freaks (2005)

Fearless Freaks, dubbed “the wondrously improbable story of The Flaming Lips,” traces the history of the band, beginning as an obscure late-80s psychedelic punks and becoming one of the most respected bands and performers of the late 20th and early 21st centuries.

Beyond the music itself, the Flaming Lips have always been a spectacle. From their early days having lo-fi car concerts in parking garages to their hugely visual and aural-overloaded concerts of today, the group has used their bizarre performances to invite fans into the weirdness, if only for a little while.

Their music and concerts have always felt like a celebration of life combined with an existential reminder of the impending, often technological, doom facing all of us. And Fearless Freaks shows that the band members themselves – as people, as family members, and as friends – live their lives in a way that compliments the life affirming aspects as well as the dark side of the spectacle that is the Flaming Lips. 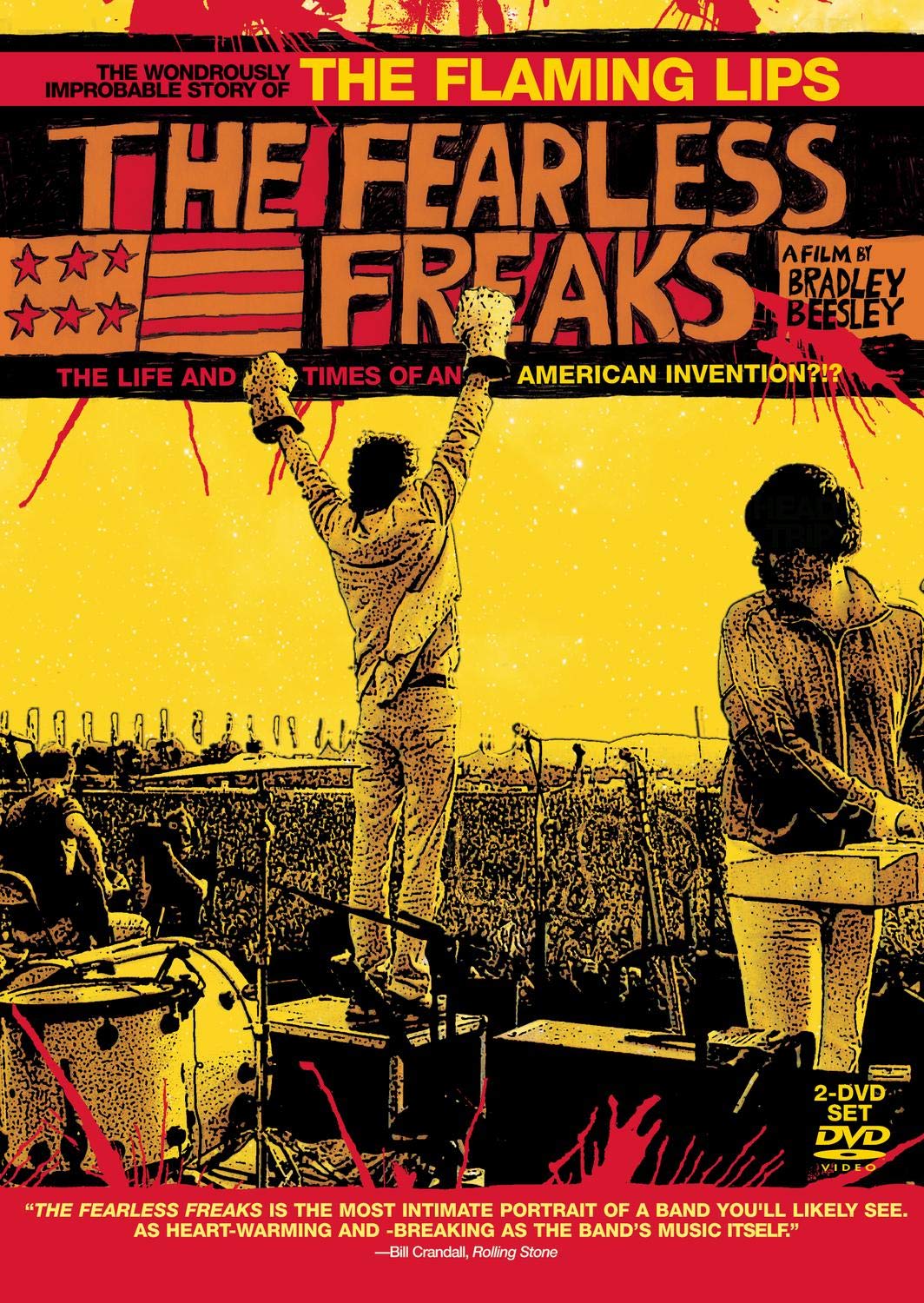 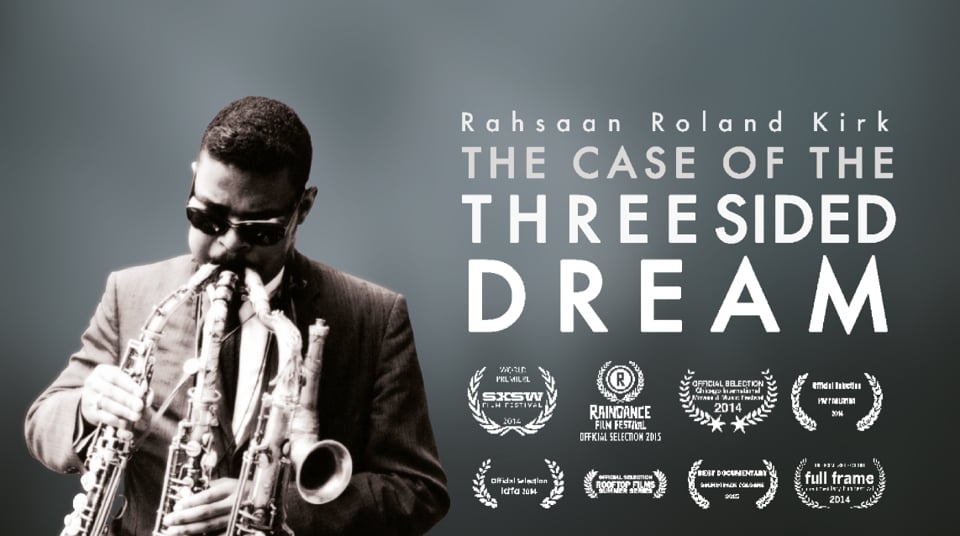 Describing Rahsaan Roland Kirk and his music to someone who has never heard of him feels like a fable, or a superhero origin story. He was born blind, suffered illness throughout his childhood, had a dream about music and set off on a life of recreating the music of that dream. Along the way he learned to play dozens of instruments on his own with no training. Actually, he could play several instruments at once and regularly performed with brass, woodwind and percussion instruments hung all over his body, switching back and forth effortlessly to create the layers of sound and melody born in his mind. He could play two instruments with his mouth and a flute with his nose. Again, all at the same time. He used horns to blow beautiful melodies, while using the keys of another as percussion.

It sounds absurd, but Roland Kirk was no gimmick. He released over 25 albums while he was alive and appeared as a side-man on albums from Charles Mingus, Les McCann and Quincy Jones. He performed all over the world during his almost 25-year career. His last concert before suffering a stroke was at the IU Student Union in 1977. He died in the car on the way to the Indianapolis airport.

The Case of the Three Sided Dream gives viewers a glimpse of Kirk’s life work capturing the music of his childhood dreams while also showing off the physical and mental talent he embodied. The film is full of amazing concert footage that really demonstrates the uniqueness of Kirk as a musician and performer. The interviews with fellow musicians, producers and family help fill in some of the gaps of Kirk the man, while also giving insight into what made him a Jazz superhero.

Neale has Something for Every Mood May 6th, 2020

Music Movies From Ben's Collection to Yours Apr 27th, 2020